Last night at the Airport Operators Association Annual Dinner (Tuesday 3 March), it was announced that the AOA’s Annual Conference would for the first time be held in association with aviation trade bodies, BAR UK, BATA and RAeS. The event – traditionally the main aviation conference of the year which takes place on 23-24 November at the Hilton Metropole Hotel, Marble Arch, London – is in response to a particularly unique time for UK aviation. And it will mean attending delegates and exhibitors will gain an unrivalled understanding of – and enhanced exposure to – the issues facing aviation and aerospace both in the UK and overseas in the coming years.

AOA Chief Executive Darren Caplan said:
“We are very pleased to announce that for the Annual Conference this autumn, the AOA is linking up with BAR UK, BATA and the Royal Aeronautical Society to host what we think will be the one of the best UK aviation conferences ever. Given we are bringing together airports, airlines and aerospace for the first time, it will be branded the ‘UK Aviation Conference 2015’. With a general election due in May and the Airports Commission due to report soon after, this will be a great opportunity for our industry to unite and set out its stall to the new Government. It will take place on the 23-24 November, with a high calibre speaker line-up.”

BAR UK Chief Executive Dale Keller said:
“We support this initiative to bring together one of the UK’s most important sectors and raise the profile of aviation in the UK. The voice of the international airline community is crucial to the debate about the UK maintaining its leading role in global aviation, and this conference will hear from leading figures right across the aviation sector in what is sure to be an interesting and highly informative two days.”

BATA Chief Executive Nathan Stower said:
“It is great to be involved with the UK Aviation Conference. We already work closely with other trade bodies on issues such as aviation tax and sustainable aviation; and this conference will once again show our sector working together as we address UK policy after the general election.”

Royal Aeronautical Society Chief Executive Simon Luxmoore said:
“RAeS members have always been involved in Global and UK aviation and aerospace issues. So we are very enthusiastic about partnering with airports and airlines on this conference, for what should be a fascinating event debating the issues of the day.” 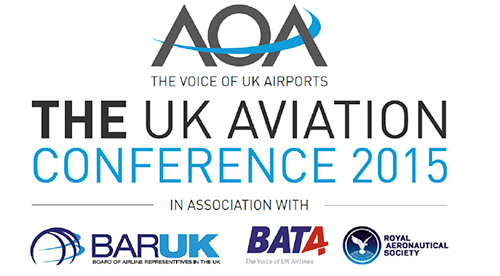