Head of Public Affairs and PR

Henk van Klaveren joined the AOA on 31 May 2016.  He has a strong track record in politics, public affairs and PR, and joins from public affairs agency Maitland Political, where he was a Senior Consultant. Previously he worked for the Whitehouse Consultancy as a Consultant; and between 2009 and 2013 he worked for the Liberal Democrats. Initially starting in Lib Dem Leader Nick Clegg’s office, he joined the party’s Press Office following the 2010 general election, leading on the party’s local election media strategy in 2012 and 2013. He returned to the party to run Clegg’s diary during the 2015 general election. 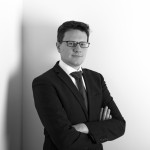